There’s a lot more to wine oxidation than “it turned to vinegar” (which isn’t even true).

If you have ever been to an AmEx Centurion lounge or your local wine bar, you have seen those large wine preservation systems that pour bottles of wine by the glass. Aside from the insane size (and price tag), what’s even crazier is how they work:

Step 1: ruin the bottle by pulling the cork.
Step 2: try to fix it.

The worst part? Paying $35 for a “premium” glass of oxidized wine.

The at-home wine preservation gadget market is arguably worse. Tens of millions of people use a system that scientifically doesn’t work.

Fortunately, there have been companies like Coravin that have made substantial progress in at-home wine preservation.

But when we set out to design and build Plum, we wanted to build a dramatically different device than those that were on the market. Our number one goal was to fully automate all the things that make it painful to have the perfect glass of wine on-demand.

We made investments in chemical testing and third-party laboratories so we could test the effectiveness of our design and refine our approach. Here are the five things we designed and integrated to make that experience come to life:

1) Liquid vs Air Barrier:
Our testing showed that when you pierce a cork with a needle, it works much better for the first half of the bottle than the second. SO2 (sulfur dioxide – an oxygen inhibitor added by winemakers during bottling) levels begin to drop rapidly once the liquid in the bottle drops below the hole in the cork. If the bottle is laying sideways, that happens on the third glass. This is due to the difference between a liquid barrier preventing oxidation versus an air barrier. This was validated when we spoke to several restauranteurs who told us that once they got past the third glass, they were finding the remaining wine oxidized. As a result, Plum stores bottles of wine at a 55 degree angle with the cork facing downward. This ensures that there is a liquid barrier with the cork all the way until the last ounce. It also has the added benefit of collecting sediment in the shoulder of the bottle instead of in your glass.

2) Automated Argon Purge
When a needle is not in a bottle, it is obviously exposed to oxygen. If this oxygen is not removed prior to inserting it into the cork, it will introduce that oxygen into the bottle.We implemented a patent-pending “double core needle” that can simultaneously extract wine and inject argon, retaining a constant pressure in the bottle. Plum’s integrated computer automatically purges oxygen from the wine passage prior to insertion to prevent oxidation.The side benefit of the double core needle design is that Plum pours a standard glass of wine in less than 10 seconds with a constant flow rate. It is also incredibly strong, so each needle is rated for 300 bottles per chamber before it needs replacement. Best of all, it works with any type of closure including natural cork, artificial cork and even metal screw caps.

3) Automated Cleaning:
No human pathogens can exist in wine due to the combination of a low PH (wine is quite acidic) and a high alcohol level.The problem is that wine flaws such as Brett that exist in one bottle can infect the next bottle if you are not careful.So we created a fully-automated cleaning routine that prevents microbial growth and doesn’t use any harmful chemicals. We then sent Plum to a third-party sanitation firm for validation. Plus, no one wants to clean one more device.

4) Internal Bottle Pressure
When there is a hole in the closure, the pressure will equalize with atmosphere. As the head space (air gap between the wine and the closure) grows, the greater the oxidation impact. Having a small amount of constant pressure in the bottle acts as a secondary defense to ensure the bottle can’t equalize with the atmosphere. So Plum retains a small amount of internal pressure in the bottle using argon gas, from the moment we tap the bottle, until the last glass is poured.

5) Tubing Like a Fermentation Tank
One of the most important preservation discoveries came early on during our testing. We were experimenting with various types of plastic tubing just like the commercial wine dispensers use, but when we poured the first glass, the wines were heavily oxidized. Turns out, plastic is permeable to oxygen, so the wines were oxidizing right through the tubing!Even the best medical-grade tubing oxidized the wine, so we switched to the same grade stainless steel tubing used in winery fermentation tanks.

Science for the Win
We spent two years testing, refining and validating all of these approaches. And the outcome…every single glass of wine poured from Plum tastes just as the winemaker intended. 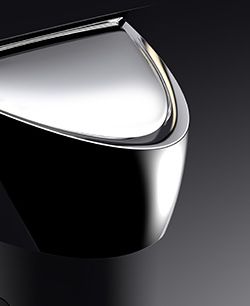 Are you a wine lover?

Get exclusive deals and insider information.